The saying in the title applies to things that are especially hard and opportunities that are difficult to seize. Miracles, if you will.

Such is a gushing Kirkus Review. Particularly one that arrives the first afternoon of a writers’ conference, before appointments with acquisitions editors from publishing houses that are the stuff of a writer’s dreams.

Kirkus, founded in 1933, is a distinguished voice in the world of book reviews. The company assesses works by established authors (like my favorites Daniel Silva and David Baldacci). Reviews of works by self-published and indie authors are few and far between.

My literary agent thinks Kirkus is important, so I submitted Book 2, The Brothers’ Keepers, in August. Bracing for impact, I tried to forget incoming carnage.

The first day of the conference, I received the email from Kirkus while trying to stay focused. I considered not opening it. Then decided it would distract me until I “womanned up.”

The results were astoundingly good and energized me to face teams from publishers whose names you would recognize. While sitting in front of an acquisitions editor from a Big Four (or Three, or Two, or however many are left), I handed over my material, pointing out the Kirkus review on top.

Before glancing at it, she informed me that Kirkus doesn’t like anybody. I said they like me. She said they don’t review indie authors. I said not only do they review indie authors, they even review self-published authors. I’ll spare you the rest of the appointment, but happily share the Kirkus review. Especially those of you who have been on this adventure with me for a while will be delighted.

The Brothers’ Keepers splintered the shell of a tough nut to crack.

KIRKUS REVIEW
“Revolving around archaeologist Grace Madison and her family of globe-trotting adventurers, the second installment of Horton’s Parched saga and sequel to When Camels Fly (2014) is a highly appealing fusion of spy fiction, eco-thriller, and historical mystery.

When Grace’s adult daughter, Maggie—one of the world’s foremost experts in hydrology—is kidnapped just days before she’s scheduled to present a speech on King Solomon’s treasure in Paris, her family members gather together in an attempt to locate and rescue her. The family—Maggie’s brother Jeff, a war correspondent for the BBC; Jeff’s wife, Becca, a former MI6 agent; Grace and her husband, Mark, a CIA operative–turned–Colorado rancher—mobilizes in France, then follows cryptic messages left by Maggie as they try to figure out who kidnapped her and why. At the center of the mystery are pieces of an ancient scroll that allegedly contain information about the whereabouts of a massive underground water system that, if found, could not only supply water to Jordan, Lebanon, and Syria—“the world’s most highly stressed drought regions”—but also radically alter the political dynamics in the Middle East. The information on the scroll, if valid, is priceless because those who control the water in the region control the oil; more than a few organizations are willing to kill for it. Maggie’s escaping her abductors is just the beginning. With international agencies like Mossad, MI6, and the CIA involved, Grace and her family are forced to run for their lives while also trying to unravel the mystery of the scroll. Although the romance elements seem a little forced and some sequences a bit contrived, suspense/thriller fans will be satisfied with the novel and, indeed, the series. Exceptionally developed characters, vividly described locales, pedal-to-the-metal pacing, and nonstop action and adventure—all powered by a subtle spiritual undertone—make this a page-turner of the highest order. 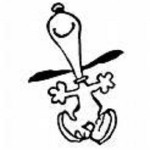 Click here for the official version. And please excuse me as I dance in the street.