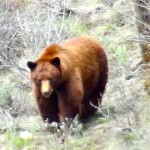 I sometimes feel as if I’m watching my neighbor’s kids grow up—except that my neighbors are deer and elk and fox and bear. 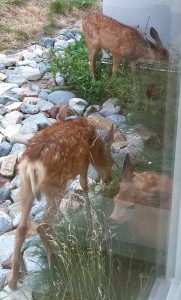 As autumn glides across this mountaintop, the spots on the fawns begin to fade. They eat voraciously, fattening for a snowy season they can’t even imagine. I try to shoo (with comic results) them out of the more cultivated areas of the property in July and August, but they can—with my blessings—eat anything they find in September. Those daisies and few late-blooming lupines delight my eye, but might save their lives if this winter is a harsh one.

Little bucks, their antlers covered with velvet that they’ll scrape off before the rut, pause at the fountain regularly now. I keep it full of water so animals will have a source in the upper reaches of the High Country. Seasonal streams on the valley floor have been dry for a month. Were these handsome young men the goofy fawns that delighted me two or three years ago, reminders of the continuity of life? 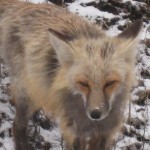 Then there’s Foxy. We moved here during the worst winter on record, and animals were starving. This little beauty kept begging at the window until some sap picked up dog food that just happened to be scattered on the snow every day or two. I know that this Foxy. She sings her yipping song around midnight as she swings through the meadow, and hunts  for rodents on soft summer mornings. She pauses where the dog food mysteriously landed, and we stare at each other, co-survivors of snow and ice. It’s a symbiotic relationship: she gave me joy and made me a little more fully human, and someone (ahem) gave her food to sustain her until the very late thaw. 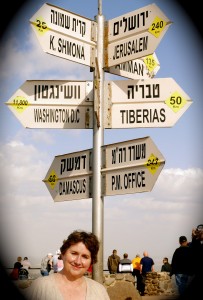 When I think of the seasonal rhythm of my life, I can’t help but remember some of the research for book 3. Archaeologist Grace Madison is in a heap of trouble in Syria, running for her life. She’s dodging rebels and refugees, government forces and gun-toting maniacs in a country where rhythm is measured in semi-automatic rounds, and thundering battles are the only lullabies some children know. Most of the immigrants creating Europe’s immigration crisis are fleeing Syria, with only-God-knows-who hidden in the throngs.

I remember the UN vehicles passing me as they 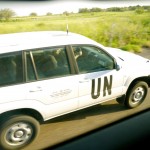 fled the Disengagement Observer Force outpost at Daraa, tucked under the Golan Heights in southern Syria. I remember the booms of a distant bombardment when I stood thirty miles from Damascus. Like Grace Madison, I wanted to run.

I count my blessings habitually, but never more so than when I think of where I could be instead of where I am. I think I’ll buy a bag of dog food, just in case the snow flies early.