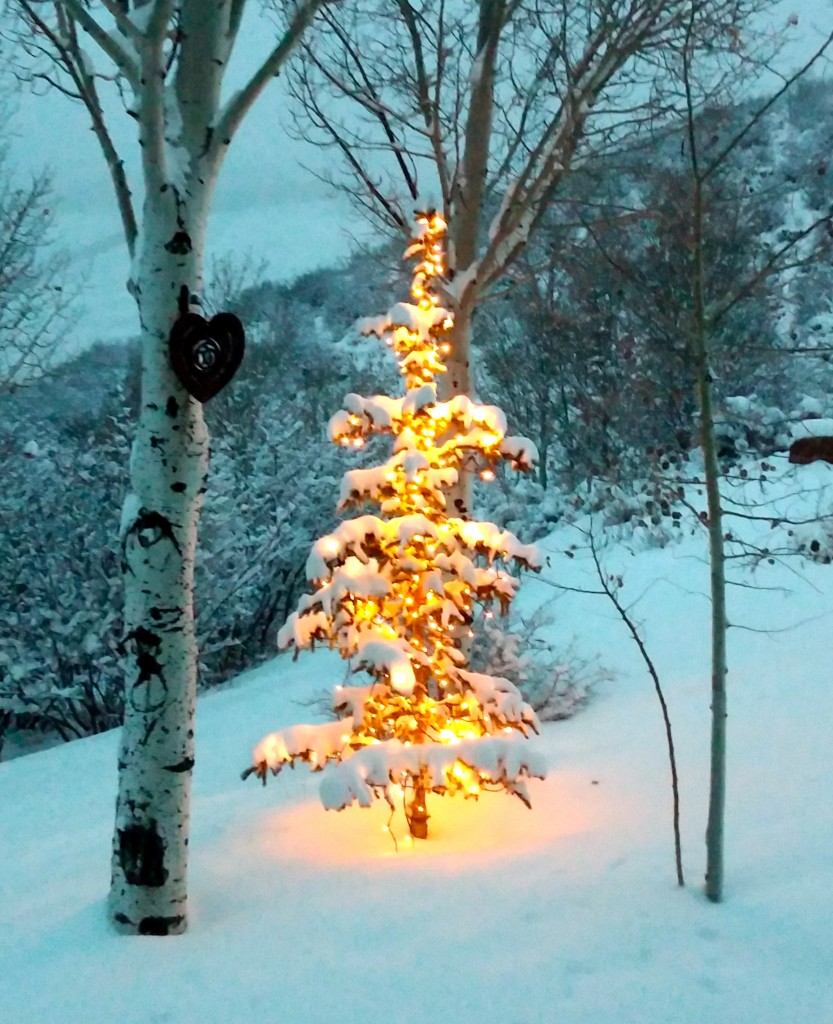 Even though my twenty-something son, this year’s Thanksgiving Turkey Chef, stored the twenty-three-pound bird in my eighty-something mother’s freezer last weekend, it’s beginning to look a lot like Christmas here.

That’s good news for me. My two favorite winter activities are writing and cross-country skiing, with snow-shoeing a distant third. I bought my cross-country pass early this week. As you read this, I’ll be shushing and bobbling along cut tracks, humming “Angels We Have Heard on High” to maintain a vigorous pace. (I really do that, you know.)

I have a love-hate relationship with winter. I love the fact that I work from home, so can leave highways and byways (and ditches and telephone poles) to people who have to get out. I love our snow-plow drivers, impeccable night skies exploding with stars, and chicken chili con queso in the slow cooker.

I hate the mess: the mud/slush/mag-chloride that coat tires, the garage floor, vehicle exteriors, and the bottoms of my shoes. I’m not too keen on temperatures that tumble into the single digits on both sides of zero, and I hate the fact that I can’t get cut flowers out of the grocery store and into my house without them freezing. (Every once in a while, I “girl out.”)

But it’s a privilege to experience the seasons, coming from a place that had two: summer and not summer. It feels like Christmas in December (and sometimes in November). The little chickadees (I was certain as a child that artist Norman Rockwell created this species especially for his Christmas paintings) perch in the aspens now. I look at the meadow each morning and identify deer, rabbit, fox, and occasional mountain lion tracks, telltale signs of the night’s visitors.

I hope that whatever season you’re preparing to celebrate is a wonderful one filled with joy and love. I pray that you can take a moment to settle down, breathe deeply, and appreciate one single thing every day until the beginning of next year. That’s the perfect way to celebrate Thanksgiving, right? Appreciation is vastly underrated.

I missed posting my blog last week because of a difficult emergency eldercare trip to help my octogenarian parents. I returned to my mountaintop just before Paris exploded.

I hesitate to add another blog to the blogosphere about events in France but haven’t seen or heard this perspective, so am going to share it here.

The massacre is another tragedy on a global scale. And there will be more. Condolences to everyone affected by it—which, even in some small way, includes you if you’re reading this.

ISIS/ISIL thinks it won. And certainly, the West must do everything in its power to repel more attacks if possible. But every individual needs to prevent terrorists from scoring a secondary, more insidious victory.

We need to inform ourselves and grieve. But then we need to live. If we listen ad nauseam to talking heads babbling over and over again to raise ratings, ISIS wins a piece of us. The sadness and anger that accumulate in our hearts pollute our interactions with the people who matter most. Those whose lives we impact on a daily basis. I’ve seen this happen with people I love, who become unloving and hard to love because they’re so consumed by rage.

In these instances, the bad guys win, and their carnage is like a pebble dropped in a pond. The concentric circles just continue to become broader.

Despite godless men who destroy in the name of religion, or perhaps especially because of them, we can and should contribute and love and laugh and make our world a better place. And to do that, we turn it off—the radio, television or computer—after we know the facts.

There’s more at stake here than a stadium in Paris or an aircraft above Egypt or even the Twin Towers in New York. Freedom begins in the mind and the heart, and we have an obligation to protect both.