It really was a research trip: the Amazon River, Machu Picchu, Cusco. Along the way, I caught piranha in the Amazon. Tiny, deadly fish that struck aggressively, baring razor-like teeth before hitting the boat in a Napoleonic frenzy. No skill was involved except preventing the snarky devils’ interaction with a body part.

But how can a fly fisherman go to South America and skip Patagonia’s fine rivers? I was Chile-bound with my wading pants in my carry-on.

He was the last fish of the trip. I was tired, having caught and released eight Chinooks in two days. They fought savagely, and I used traditional lures instead of fluffy flies requiring stripping or spey-cast swinging. I’m a committed fish releaser, hoping to catch every one repeatedly as they grow stronger, propagating the species with each seasonal cycle.

But when I hooked El Guapo—which means Pretty Face, which he lacked—I knew he was the size of a minivan. After twenty minutes of slow dancing in a pump-and-reel two step punctuated by long runs and steady head shakes (both his and mine), I slid him to the bank with shaking arms. The mighty beast had swum many seasons from the Pacific ocean less than three miles downriver.

Winter in Patagonia hits hard. Employment is still seasonal for many, requiring larder stocking for snowy, blustery months ahead. El Guapo would feed families, the guide assured me, as a welcome addition to many freezers. So we returned to the States with only memories of the fight—a few photos of one of less than a dozen fish kept in twenty years of sport fishing.

El Guapo, I salute you. May you fill a dozen empty bellies, and may your children live long lives. 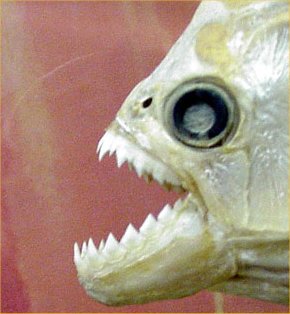 I’m a Loomis GLX kind of girl. Add WonderLine and a Lamson reel, my favorite guide Mitch and a few clouds so I can toss double dries at the bank, and I can catch almost anything with fins. (True confession: I was one of only twelve who qualified for the IGFA World Championship a few years ago. Yes. You can salute now.)

But I pale in comparison to the Amazon angler. Our cruise included a fishing expedition down arguably the world’s longest river. A river full of critters (red-bellied piranha and alligator-like caiman come to mind) I really don’t want to catch. (Don’t forget the parasitic toothpick fish, the candiru, but I’ll spare you details.)

Mr. Wonderful, ever accomodating my sporting addiction, bravely offered to accompany me on an angling expedition. For the first time in twenty-six years, I declined.

I simply am not an Amazonian angler. I catch-and-release, something regarded as stupid in a region where every netting fills a belly. I rubberneck, watching elk and deer, golden and bald eagles, ermine and fox in a landscape I know well, and am unaccustomed to things that could eat me in a nanosecond. How poorly would I fish distracted by monkeys and parrots, wondering if the next splash was a flying frog (like the blue poison dart) or aggressive anaconda?

And really, I don’t have the figure for Amazonian angling adventure. A loincloth? No. Give me Simms’ wading pants and good, solid, cleated boots. How am I supposed to see a #22 midge through mosquito net? What if a pirahna eats my hopper? When the electric eel takes my fly, my Tupi vocabulary doesn’t include colorful profanity.

No. I’m sitting on the boat as you read, sipping an iced tea under the sun canopy, watching one of our globe’s most remarkable and least-explored worlds float by. I’ll save my “Fish on!” for the Arkansas River caddis hatch next month, and live to fish another day.

I’m in Peru, touring sacred sites before cruising the Amazon while the cat sitter deals with our “puma” in the States. (Good luck with that.)

A month before I left, our paper announced the visit of a Q’ero shaman (also known as medicine man or elder) from a village 17,000 feet high in the Peruvian Andes. Q’ero descend from Incas, segregated from the world an arduous two-day bus and foot journey from Cusco. His evening presentation and full-day workshop were perfect for experiencing research for the third manuscript.

Q’ero Pasqual Apasa Flores (phonetic) was dressed like the photo’s suede-hatted men, with chu’llu hat and poncho. His head reached below my sternum; he was the size of an eight-year-old child. Obsidian eyes lacked discernible pupils, the whites putty-colored. An Incan hooked nose, symbol of royalty, dominated a face that seldom smiled. His gentle nature was apparent, and I witnessed his performance of a Ban of Protection and Healer Rite. Throughout my observance of shamanic ritual, he shared his peoples’ culture and terminology. Mother earth is Pachamama.

I am Christian. Overtly so, with a graduate degree from a well-respected seminary. However, my belief doesn’t prevent me from learning about others’, like seminary’s Hebrew Religion in its Ancient Near Eastern Context class. More than one raised eyebrow greeted my plans to attend Pasquale’s presentation, and more than once during my time with him I reminded myself the Holy Spirit indwells me.

I didn’t change Q’ero Pasquale’s life, nor he mine. But because I took the time to learn, I’m travelling Peru with a different understanding of what I see, like Paul speaking from Athen’s Mars Hill. The apostle tailored his message to the Athenians, noting their worship of and statue to an unknown god before sashaying right into YHWH God as source of everything — uncontainable. Paul was an informed Christian, one who met his listeners where they stood.

I aspire to travel as wisely as Paul.

Martha and the Vandellas had no idea.

It’s 1965. Al Gore hasn’t invented the internet. I am a little kid. The group’s hit Nowhere to Run To, Nowhere to Hide presciently pegs cyberspace as the world’s bathroom wall.

It’s painful to “unfriend” and “unfollow” while building a platform, particularly when the person on the receiving end is more than just a name or profile. But profanity and snarkiness negatively impacts their “brand,” and by association, mine, making less-savory traits hidden before twitter and facebook overt.

These flaws impact me because my audience is generally conservative. To honor that position, I spend a couple of hours each week reviewing the profile or page of most “likes” and “follows” to see if they drop the F-bomb, post vulgar images, or are consistently unpleasant. (They have the right to all those things, but not on my watch.) I block when I find offensive material. Their less-guarded moment can dilute my cyber reputation — in which I’m investing money and time.

I didn’t associate with bullies in grade school; the fundamentally entitled and angry in middle school; or those whose vocabularies included stupid (yes, that’s what it is) language in high school and beyond. Why start now? 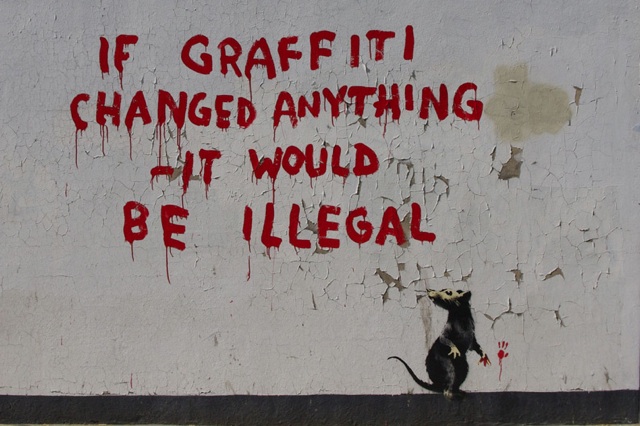 When did cyberspace become the globe’s bathroom wall? When did posts become graffiti? Where are verbal filters? No one looks cool or intelligent when sinking to a low common denominator. They just look…common.

Roll through your posts. Would you associate with the persona you project in cyberspace? If the answer is “no,” remember nothing is ever erased in the world wide web.

In days of maid and steamer trunk, someone else transported junk.

But now I’m on my own, I fear, when gallivanting far and near.

From fishing pants to slickered coats, and hiking boots the size of boats.

So I rely, for cords and lotions, lingerie and facial potions,

(Our Peruvian adventure begins this week, solidifying research for manuscript three in a region whose archaeology remains largely unexplored and unfamiliar. Stay tuned!)