A holiday provides healthy distance about daily life. This Christmas, time from the computer has 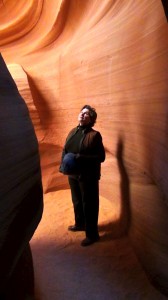 enabled me to rethink my blog as we prepare for the April release of When Camels Fly.

One epiphany is that writing is like the archaeology my middle-aged heroine embraces. At first glance, the fields appear dissimilar. One is dusty and dirty; the other, glitzy and glamorous. But they have common ground if you know where to look.

Aside from the education required by both professions, projects in each start with a sense of something important. Could that mound be a burial tel? Could these pottery shards represent an ancient culture? Could characters in my mind evolve into a story? Could they interact to share the human condition, provide encouragement, better society? If the answers are “yes,” then can I do the job?

Both professions are slow work. Archaeological sites and objects must be treated with great care. Backbreaking attention ensures discoveries aren’t disturbed in any way that would contaminate them or their context. In writing, language, the gift of a story, and most importantly, readers, demand respect. The human mind is a remarkable instrument, and writer and reader engage in a slow dance of concept, emotion, and trust.

Both professions are frustrating. Howard Carter didn’t have an easy time securing dig permits in the Valley of the Kings. Tutankhamen played hide-and-seek before Carter finally peeped at the boy king’s treasures. Stephen King was rejected thirty times before a publisher offered him a contract. Jack London, author of Call of the Wild (among other classics) received more than six hundred rejections before being published.

Both professions can be disappointing. On rare occasions, wealthy patrons or institutions underwrite digs. More often, archaeologists work against the ticking clock of a developer waiting to excavate a site that might hold something of historic value. And on rare occasions (less than .05% of the time), writers are signed to traditional publishing contracts. More often these days, though, writers either give up or self-publish. 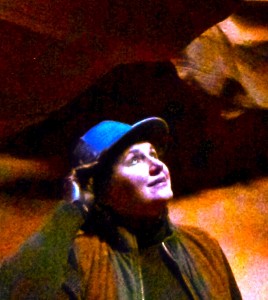 Both professions benefit from the thrill of the chase. I’ve stood on an Israeli tel in 118-degree weather. It’s thrilling. And I’ve been elated that my writing has received great interest from acquisitions editors in publishing houses whose names you’d recognize. (My literary agent has been a busy woman.) But just as a good archaeologist studies facts while not ignoring instinct and then determines when and how to begin, I think a good writer (and businesswoman) knows when to play the odds.

If someone would hand me a pick ax and my sunscreen, I’ll get get busy.

(This week’s blogs are two of last year’s favorites, and I’m reposting them because I am spending time with family this Christmas holiday. Fresh blogs will post in January. Merry Christmas!)

I’ve been pondering the meaning of “true north” lately. Some people develop a new list of resolutions this time of year, while I assess previous commitments to analyze how I’m delivering.

In navigational terms, true north describes the direction of the North Pole as related to a traveler’s position. The North Star (constellation Orion) is the celestial pole of true north astrologically. Culturally, the phrase refers to something or someone keeping a friend or loved one pointed in the right direction. Spiritually for me, it means Christ. In all three instances, true north is a guide, or beacon used to right oneself in life.

I live in a part of the country where folks “don’t always remember drinking the Kool Aid in the seventies,” like this lively fellow in the photo above. Our mountains crawl with Rastas, Taoists, Buddhists, Agnostics, Gaia worshippers, and people waving smoking sage wands — what is this last group called, anyway? We’ve a pretty fair sampling of everything except the Jedi religion ranking second (no joke) in the U.K. Consciously or subconsciously, we’re all — with the possible exception of the medical marijuana users — looking for true north.

True north is elusive. Can be obscured by stress during periods of life when you just can’t get to it all, much less yourself. Responsibility — even to teaching Sunday School or attending book club or doing the other dozens of ministerial things surrounding church membership — can overwhelm our vision of true north. Debt, commercialism, discord, upheaval: so many necessary elements of contemporary life prevent us from steering our ship toward our North Star.

My annual re-commitment to true north begins today. I seek to convey the love of Christ to all I encounter, use my God-given gifts to His highest glory, and joyfully praise Him in every endeavor. My prayer is that you find the strength, courage, and clarity to do the same.

Our house is about to be invaded…by grown children.

For a week, we’ll be in a whirlwind. Cross-country skiing. (Downhill for the brave.) Hot cocoa on the back deck, clustered around a roaring, snapping fire pit. Too many cooks in the kitchen. Fine meals both at home and out. Long conversations and plenty of hugs to reconnect with those we love.

In the midst of these festivities, we’ll break for the candlelight service on Christmas Eve at our small mountain church. We’ll worship and give thanks in the company of our congregation, celebrating the birth of Christ.

But in the quiet before our celebrations, I’m focusing on my blessings. My faith and freedom to worship. A warm house and the full pantry. An income stream. Our health. My parents’ elderly vigor. The family’s education. Each of you. The exciting prospect of 2014.

I pray this season is one of great blessings to you. And that you have a thankful heart. 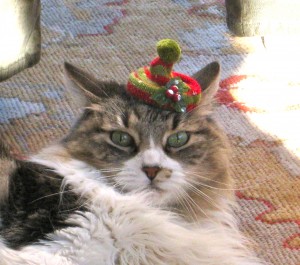