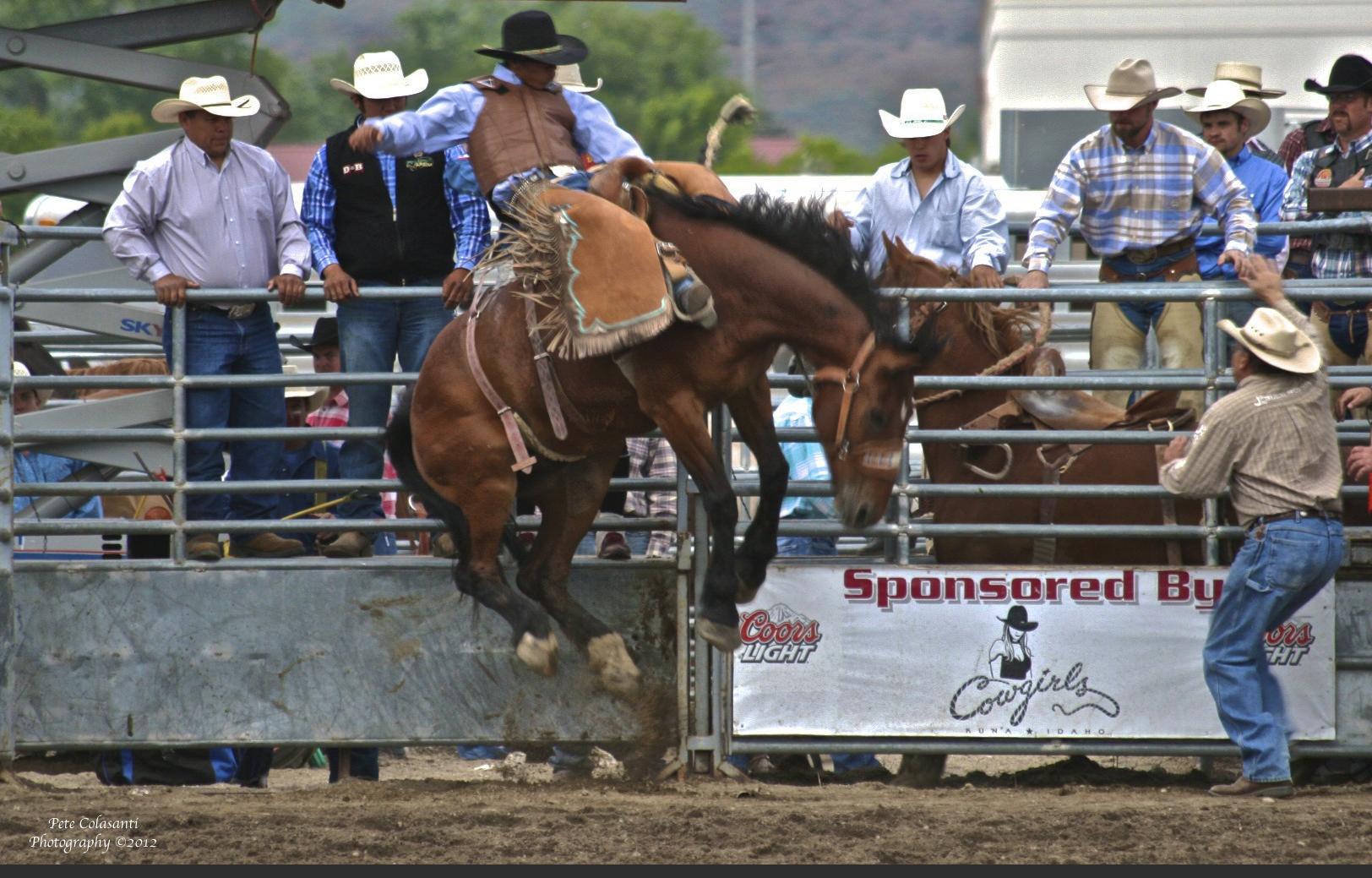 After thirty years, my husband and I represent the attraction of opposites. I’m a city girl—grew up playing Beethoven and tennis. He’s a ranch boy—grew up barrel racing a horse called Lollipop and . . . well, let’s just leave it at that.

But one of our big annual events is the county fair and rodeo. The grandstands are packed. Americana abounds. Summer is ending. (It ends early in this mountain valley so please weep for me.) I’ve never seen so much fringe and sequins in one place in my life. Except for maybe Studio 54 in NYC, but that was the 70s after all. 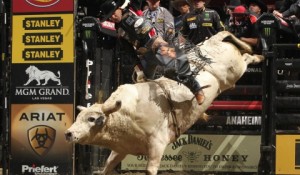 Although I’m not a fan of calf-roping (being drawn-and-quartered is cruel IMHO), I marvel at the athleticism of the cowboys (hubba hubba) as they ride bucking bulls and stallions, and wrestle calves to the ground after leaping from a horse.

The horses are incredible. The cowgirls who barrel race are faster than a speeding bullet—while TURNING three times! And the bulls, which my husband says are part Brahman so born with a bad attitude, are big enough to scare the wazoo out of anybody: twelve-hundred pounds of slobbering nastiness!

The rodeo is a patriotic event. Organizers recognize local servicemen and women on championship night. Funnel cakes and corny dogs and a few things I don’t even recognize —swirly potatoes fried on a stick?—pass back and forth in front of the grandstand. And the beer vendor promenades, shouting like an imam calling the faithful to prayer.

But the point is, this diverse crowd pulls together to support a tradition as old as the sixteenth century, when the Spanish conquistadors and Mexicans began to manage cattle and horses. It’s part of my husband’s heritage, something we shared with our two children. It’s a celebration of doing something—being a cowboy or cowgirl—well. 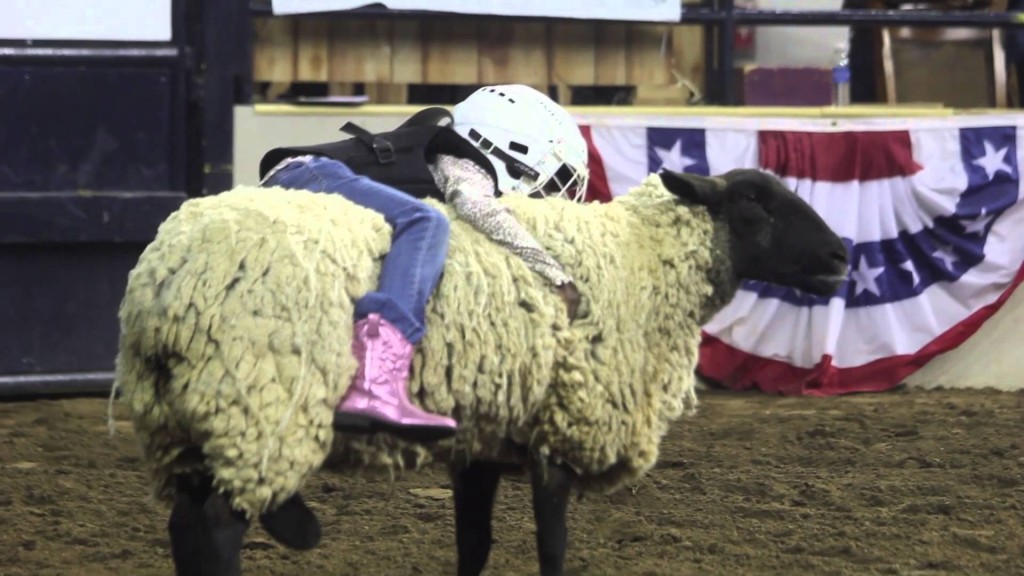 And did I mention the mutton-busting, the sport loved by every visitor? Ranching traditions start young. And every cowgirl should own a pair of pink sparkly boots. This year’s winner rode a ewe for a good twenty yards before falling onto the dirt of the arena. His trophy, capped with a statue of a sheep, was a foot taller than he was, and his mother will be dusting it for years.

Enjoy your summer—county fair and rodeo or not—and we’ll catch up in August. Yee-haw, ya’ll!

You know what I like best about anticipation? It means I’m looking ahead.

Anticipation, in itself, is an act of faith.

If you’ve been following this site for a while, you know that I have blogged weekly for years. And that I lost both parents, who lived in another state, between mid-December and late April. They died so close together that I’m dealing with two estates instead of one as executor. As great as the loss is, the paperwork is a much greater burden.

A few weeks ago, I scattered their ashes together—as they lived for sixty-five years—in a thicket of wild roses in the meadow behind our house. It was the perfect day: no wind, pending rain. The act was a step forward, although I haven’t felt as if I were moving forward for almost a year.

God still has much in store for me. 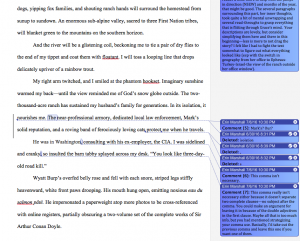 I sent the fourth manuscript to my agent last week. It has survived two tough editors, a beta reader whose brain catches lint, and a twenty-something scientist (weird.) A number of acquisitions editors—general and Christian market—are reviewing it because of sustained interest in the previous manuscript. 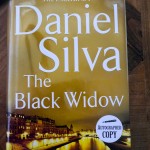 And I just received the latest book from my favorite author. His summer release is an event in this house, in a valley where summer is an event. I’m going to sit on my office deck in the evenings and appreciate his talent—which is immense. I’ll have to ration the book, a few chapters at a time, or I’ll pull an all-nighter (I’m a wee bit too old for those) and read it in one sweep. (Guilty as charged.) 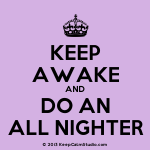 I hope your summer is wonderful and that the dog days ahead are good to you. I’ll blog once in August, resuming weekly postings in September. The monthly newsletters will start then too. Meanwhile I’m taking care of things my parents entrusted to me, which means I’m taking care of my parents.

And I’m tending to myself—writing, fishing, serving, gardening, attending concerts—as I adjust to life without them. I’m looking forward to fall, invigorated about life and the two books you haven’t seen.

Thank you for being here.