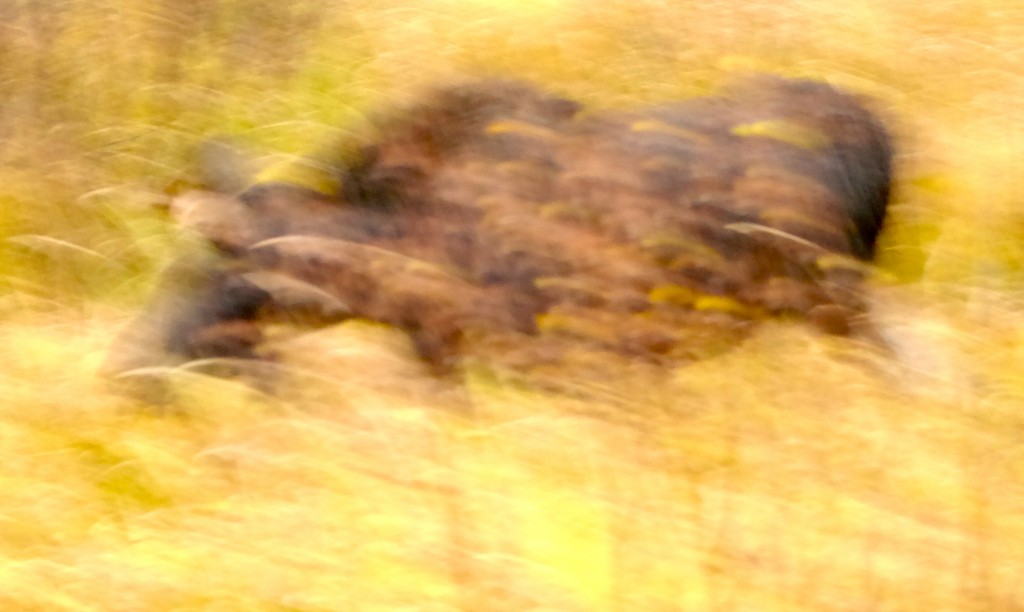 Last week, I headed north to the Tetons, barreling up the Rocky Mountain range that soars more than 14,000 feet and runs more than 3,000 north-to-south miles. 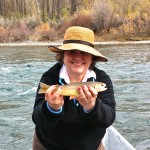 Two drizzly days on the water—fly fishing the Snake and Salt for cutthroat trout—and a day in the Teton National Park and Yellowstone created my perfect spiritual sashay toward the finish line of fall. A Hallelujah Chorus of bugling elk accompanied evenings of tap-dancing feet on the fire-pit rim as I struggled not to melt the soles of my Columbia PFG fishing shoes. (My nose was stuck in a book.) 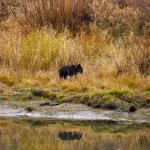 I was disappointed to miss the bison, although park employees don’t herd the beasts into view for tourists. A small black bear delighted me as he or she discretely (there are other ways, you know) snuck up on a cluster of very savvy, honking Canadian geese. Epic fail, little dude! You’ll need to get your hibernation calories elsewhere!

Heading south from Yellowstone, cutting through the Tetons on a road pockmarked by moon craters, I commented that time and conditions were perfect for meandering moose. On cue, after almost rear-ending a Subaru hidden smack dab (emphasis on smack) in the middle of what they call a “road” in the Wild West, we spotted the young male. 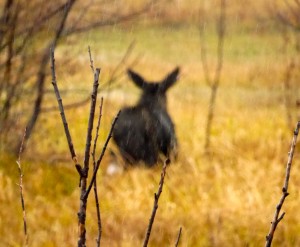 At this juncture, let me mention that there are two types of cameras: the point-and-shoot and the more complicated. I have a simple, complicated camera which is smarter than I am. The driver was even less proficient. He grabbed the technology, clicking and grumbling about lack of focus. By the time I wrestled the camera from him—in the courteous and loving context of the long-married—the memory card held an assortment of very contemporary, very blurry moose photos. We reached a very traditional agreement about who would use the Nikon on future trips as one very bored moose moseyed into the evening rain.

And there are (at least) two types of character development: personal and fictional. As my husband and I practiced the personal, I thought of my protagonist, archaeologist Grace Madison. She sprang to life one uncharacteristically cloudy day at tel Dan on the Galilean Peninsula in far northern Israel. Her soundtrack was heavy artillery fire in Syria and machine-gun fire in Lebanon. The IDF (Israeli Defense Force) bomber slipping through the coastal scud was an appropriate backdrop for her birth that May day. And like the moose that delighted us, she was an epiphany that has thrilled readers in two books as I prepare to release the third. 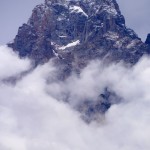 I lift my head to sniff the sweet heaviness of woodsmoke. Mountainsides still wear garish gashes of orange and yellow leaves, Crayola colors emphasized by the pale trunks that surround them. The world does a slow duck-and-cover while animals scurry, preparing to survive—much as I planned to do on tel Dan.

I love it all: the life, the changes, the writing, the growth. I hope you’re outside, enjoying the transition in your neck of the woods.