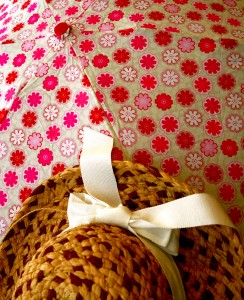 I’m in London, battling jet-lag on my way to Israel.

I gladly left a Winter Storm Watch dumping snow — a springtime ritual — on the Rockies. I’m delighting in yellow sea-swells of daffodils in Greens Park across the street from my hotel. (I get double daffodils this year! The eight-hundred bulbs my son graciously planted bloom in May.) And I will soon return to the Biblical wilderness, slathered in sunblock, wearing a hat, under an umbrella whenever possible. (Detect a trend?) Life is good.

Rest assured that I’m taking photographs. An important scene in When Camels Fly occurs in Lincoln’s Inns Fields, and travel is a privilege that should be shared, even vicariously. Watch for new London and Middle East images and videos in April.

But back to London, which I first visited thirty-five years ago as the only member of

my family to travel abroad or graduate university. (Many have done both since my forays.) Once more, I’m attending Evensong at Westminster Abbey, a favorite service. Taking tea at The Ritz. And, if the weather is good, walking everywhere— something I don’t do on frozen mountain ground.

I am reminded, here and now, that travel changes people. It changed me as I grabbed a slice of pizza in a pub three-plus decades ago. Everyone stared at us until a nice lady leaned over to whisper, “loves, we use a knife and fork here. Americans?”

Seeing Europe and the Middle East through my children’s eyes was a revelation. My son, then eight, paused to peer into every red British phone booth until we asked

why. He replied that he was looking for toilets, because he thought the boxes were Port-A-Potties like one on the lot where we built in the States.

Discussing the direction of Turkey with my extraordinarily well-educated guide was a revelation. He lamented his country’s direction and feared the loss of democracy would limit his children and grandchildren. My daughter shudders when we talk about Jordan, littered with billboards depicting King Abdullah, Queen Rania, and the Crown Prince. The atmosphere in Jordan, and our experiences there, remind her of the Big Brother state in Orwell’s 1984.

Because of travel (and education), my Christian worldview is truly a WORLDview. Travel has introduced me to Muslims and Buddhists, Christians (of all stripes) and atheists, and a few folks in between. It’s provided context for my thinking, and an understanding of cultures and beliefs that would be only textbook without extensive travel.

My faith, an everyday practice that guides my life, takes flight each time wheels leave a tarmac, and I head abroad. I’m glad you’re with me, and I’ll be seeing you soon.