I recently encountered a forlorn-looking older man sitting alone in the hotel lobby at a very secure conference. I did the polite thing and spoke, asking him about his day. His stood, replying, “Not too good.” I offered the proper platitudes—”I’m sorry,” “I hope things aren’t too bad”—as he pondered how to respond. When he shared that he had recently lost several friends, I expressed sorrow for his losses.

One thing led to another, and I invited him to join me for dinner in the dining room. I discovered that he was Egyptian, a culture that fascinates me in light of my studies of the ancient world. We had a vigorous discussion about the region. Then he quietly remarked that he was Coptic. Copts are a little-known segment of Christianity, tracing their patrimony to the apostle Mark (or John Mark), who traveled to Egypt on his evangelistic journeys (like those of the apostle Paul). There are few Copts in the US, and I had never met one. He immediately became more fascinating because he is an endangered species.

Copts are a favorite target of ISIS. The tiny Egyptian minority (10 percent of the population) has been suffering brutal persecution under radical Islam. A small group was killed on a pilgrimage to a monastery recently. On Palm Sunday ISIS attacked several Coptic churches in Egypt, killing dozens.

Copts are not alone. Christians throughout the region in which our faith was born are persecuted. Christians who have fled what can be considered no less than a regional genocide are being evicted from the US, returned to the places where their faith endangers them. (That’s not a political statement, BTW.) There is no Mayflower in the bay, waiting to carry them to America as it did many of our ancestors fleeing religious persecution in western Europe. 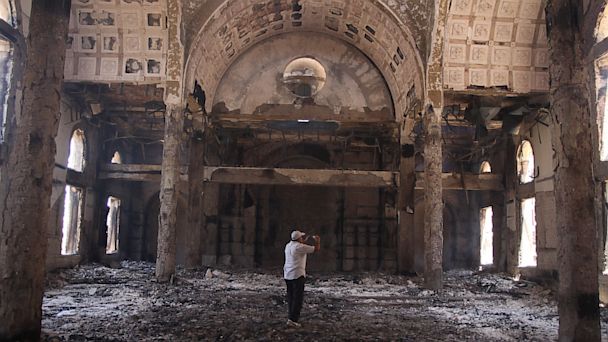 And here we sit, remembering gender discrimination in our youth and age discrimination in our Boomer and elder years. Comfortable in our pews. (Is the capital campaign for new cushions necessary?) Chatting over coffee after Bible study. (Can we forego breakfast burritos and put that money to better use?) Planning the next men’s or women’s retreat. (Do we really need to pay someone to lead us in guided meditation?) Organizing Vacation Bible School. (Do bounce castles and clowns spread the love of Christ, or are we offering a babysitting service?) Volunteering at YoungLife. (Do teenagers really need another bus trip to another camp?) Blogging about persecution. (Where’s my checkbook?) Have we lost the big-picture view of our faith, the one manifested by the sacrifices of Jesus Christ, exemplified by His ministry to the poor and disenfranchised?

In the larger world the influences that test this Coptic gentlemen’s ability to worship continue to grow while we’re obsessed by Western minutiae. The only way to stem the crippling tide, to protect our religious freedom, is to engage in places and about topics that are uncomfortable. To be informed about persecution—in China and Russia, in Egypt and Syria, even here in the US—while standing solidly with our sisters and brothers in Christ. To show the love of Christ by giving to organizations helping persecuted Christians: Aid to the Church in Need, Christian Aid, Action Aid, Caritas. 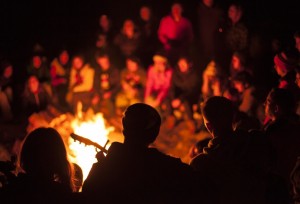 To haul our carcasses outside our comfort zone to realize that worship in an isolationist America is no guarantee of future freedom.

Kumbaya around a campfire just isn’t going to cut it any more.