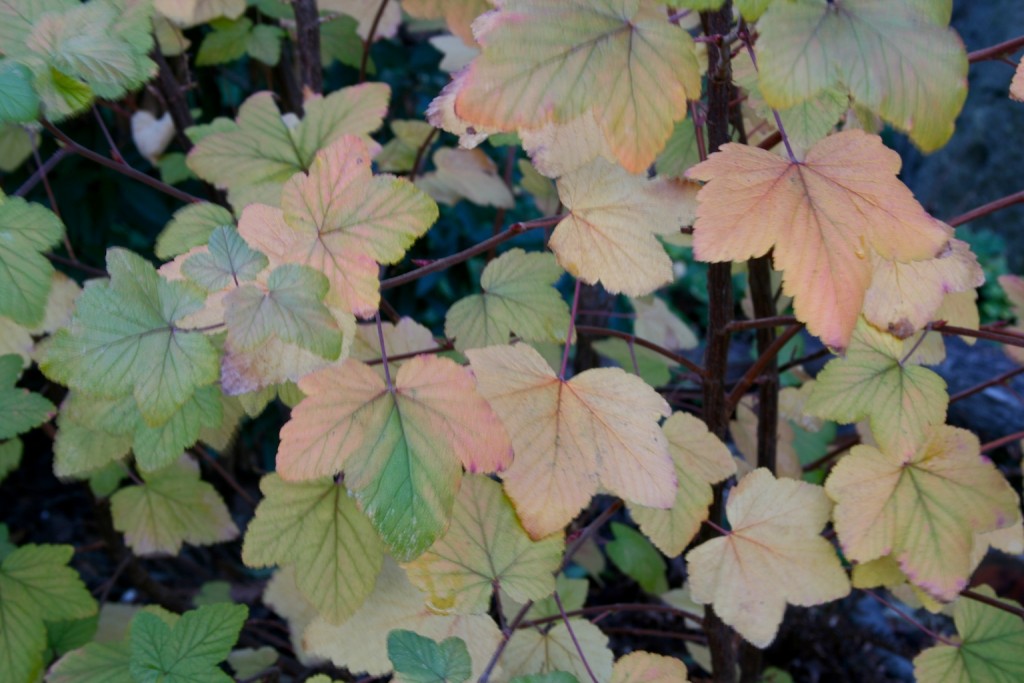 This post is a gift to those of you sweltering in hot climates. It’s coming.

As I stepped out on the front terrace to water pots three days ago, the first swirly wind brushed my face. Chipmunks, maniacal creatures that they are, were especially spastic all weekend. Sunsets have been coral and lilac, infusing evenings with a peachy glow. Vendors roast hatch chilies at farmers’ markets, creating hunger-inducing aromas that beg for a slow-cooker stew.

For fifteen years, when starting to shut down the ranch house before heading home so the kids could start school, I watched for dropping evening lows that hinted at the approach of fall. The ten-day forecast now is nice and steady: highs in the seventies and lows in the forties.

Unconvinced we were not about to be invaded by a seasonal change, I stepped 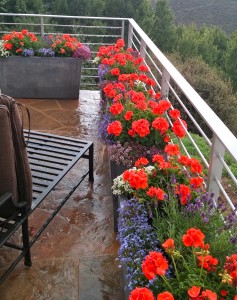 onto the deck that adjoins my office. It looks like summer—heavily blooming geraniums, lobelia, lavender, alyssum.

So I strolled the big berm of horticultural treasures. Everything still blooms, and all leaves are attached firmly to supple stems and branches. The aspens are vibrantly green, as are the high mountain grasses, thanks to heavy rain almost all summer. The ruby-throated hummingbirds still dip into pine-leaf penstemon, and all but disappear into foxglove blossoms.

Then I stumbled on the bush in the photo at the top. It’s a currant, a berry-bearing bear attracter that confirmed my suspicions.

It will be months before the snow flies. And as many months before bears hibernate and migrating Canadian geese honk south. I’ll be fly-fishing my way through late August and September, when the water is low, the days are cool, and the trout are lazy. The guide and I will eddy up and feast on meatloaf sandwiches and Fritos, and celebrate the end of another magnificent, beautiful, short summer in the Rockies.

Even though the season has been appallingly brief this year, and I don’t think I’ve been warm more than twice, I’m ready for things to slow down. I welcome the gentleness of the season, tourists going home, predictable patterns of a community of neighbors driven by school schedules.

I draped a sweater across the back of my office chair yesterday. I’m ready.