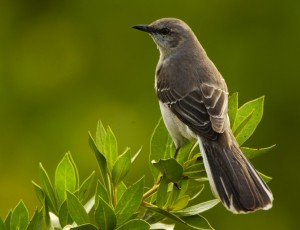 This post is not about literary merit, fame, or age. It’s about dignity—something increasingly missing in literature, success, and growing old. (I’m a voice crying in the wilderness.)

Maybe I’m hyper-sensitive because I’m dealing with elderly parents. Maybe I shun our publicity-seeking, celebrity-worshiping culture, as deep as a parking-lot puddle. Maybe I’m just a geezer. (Okay, I’ll own that last one.)

But Harper Lee deserves better than what she’s getting, whether she’s aware or not. Sure, Go Set A Watchman is flying off the shelves. And her estate is growing by leaps and bounds. Her publicist, literary agent, and heirs must be delighted by this maelstrom. And she might be, too.

When To Kill a Mockingbird was released, it was controversial because of subject matter and social commentary. Literature is supposed to stir the soul, lighten the heart, provoke the mind. Lee’s epic work succeeds on all three counts.

Go Set a Watchman is controversial for different reasons—reasons that strip the dignity from Lee by calling into question her mental stability, her cognizance, her ability for self-determination. The gravitas with which she withdrew from the literary world has been erased.

And honestly, she’s out of time to set the record straight.

Celebrity and fiscal gain, regardless of cost, might fit the world view of the Kardashians and won’t turn off their fans. But Lee’s work appeals to thinking people, and it’s hard to understand how this circus enhances her legacy.

I worry for Lee and hope history remembers her well. To paraphrase Scout, a character I adore, I hope that someday, people will say that they’re sorry, and retire meditating about their crime.

Because really, tarnishing the image of Lee is just that: criminal.