February is proving to be a disappointing month.

Fifty Shades of Grey is coming to the big screen near you, offering titillating tales of twisted sexual relations disconnected from the daily boredom of love. And Brian Williams’ military mishaps (two) have been revealed, validating his  $13,000,000 annual salary for work on the small screen.

As inherently disgusting as both events are, my deepest contempt stems from their mockery of “the real thing.”

While you’re reading this, I’m on an eldercare visit to assist two octogenarians who have been hog-tied by the holy bonds of matrimony for sixty-five years. Have they had sex? Yes, at least twice. (I have a brother.) Have they experienced bondage? Yes. Dad’s bondage is in the form of a walker and two canes (on a good day). Mother’s is as Dad’s caregiver, and her patient resolve is admirable.

They also feel hurt and pain and exhaustion. And humiliation: Dad believed he’s a spectacle every time he leaves the house.

Then there’s Williams. Let’s discard the “everybody makes a mistake” argument. 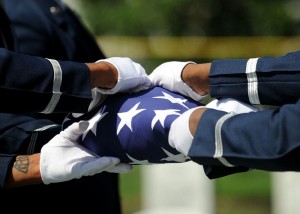 He’s had two hallucinations involving a helicopter. His arrogance discredits and diminishes every service man or woman who rides a craft into the ground. Every soldier or pilot in Afghanistan. Every person deployed to West Africa to fight Ebola. Every border patrol officer and National Guard member. (I’m drawing the line at TSA employees.)

And here’s Williams’ contrite (NOT!) response as he takes a leave of absence. This guy can’t even humble himself to admit he lied!

“In the midst of a career spent covering and consuming news, it has become painfully apparent to me that I am presently too much a part of the news, due to my actions.

As Managing Editor of NBC Nightly News, I have decided to take myself off of my daily broadcast for the next several days, and Lester Holt has kindly agreed to sit in for me to allow us to adequately deal with this issue. Upon my return, I will continue my career-long effort to be worthy of the trust of those who place their trust in us.”

Will I ever have confidence in Williams again? Never. Could a relationship like that depicted in Fifty Shades of Grey ever result in the caring, sacrificial, sustaining relationship I’ll witness this week? Not a chance.

Truth or consequences isn’t just a childhood game or small town in New Mexico. It’s how we’re supposed to live: honestly, with integrity and dignity. Expecting consequences when we fail or fall short. Hopefully, those repercussions cause us to grow and mature, and enable us to contribute to the common good.

I don’t know about you, but I’m tired of imitations. I think it’s time we demand the real thing—from those around us, from those who lead, and from ourselves.