Jerusalem. “The navel of the world,” according to ancient Jewish tradition. 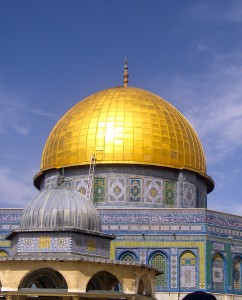 Jerusalem is the Old City, a walled UNESCO World Heritage site accessed by seven gates (with another four sealed) and comprised of four major quarters: Christian, Jewish, Islamic, and Armenian Christian — each with it’s own flavor.

The crown of the Old City is the Temple Mount, where Jewish and Christian tradition hold that King Solomon built the Second Temple, destroyed by fire during the Roman siege in 70 AD. The Mount also is sacred to Muslims as part of Muhammad’s Night Journey.

I’ve read more than once that the Temple Mount is the single most contested piece of real estate on earth. Based on the security and turmoil surrounding the spot, I believe it. Because of a vast expansion of the Al-Aqsa mosque underneath the Mount (under the authority of the Muslim Waqf), tensions run higher now. Christians and Jews are discovering antiquities from their heritage in rubble from this construction.

Everywhere I looked in the Old City, I saw antiquity. Stone steps worn several inches lower in the 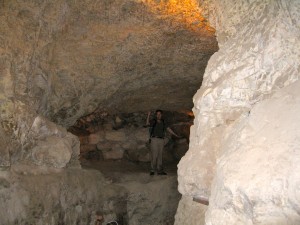 center from thousands of years of bare feet and sandal treads. City-bus-sized boulders, foundations of the walls of the Mount and unmoved since King Herod’s time (the time of Christ). The Pool of Siloam and Hezekiah’s tunnel, both mentioned in the Old Testament book of Isaiah, dating from 500 BC, surrounded by tourists and pilgrims. I barreled through the shadowy passageways, doing the normal site checklist interspersed with archaeological endeavors and surveys.

This trip will be different. I plan to sit and drink Turkish coffee and mint tea. Observe passersby from multiple faiths and ethnicities. Visit the newly discovered Crusader hospital. (How can something remain hidden underground in this place for so long? I wonder.)

And of course, I’m photographing sites from When Camels Fly. The Church of the Holy Sepulcher and the Ethiopian Orthodox Dier al-Sultan Monastery on its roof; the Triple Gate at the top of the monumental staircase on the south of the Mount, above the Ophel valley; and King David Street, barely wide enough for a hand- or donkey-propelled cart; these are a few of the sites on my photographic shot list, and I’m looking forward to sharing them with you.