“Anticipation, Anticipaa-aa-tion, Is making me late, Is keeping me wai-ai-ai-ai-ai-ting.”

Although “Boys in the Trees” is a great album, I’m not a particular fan of Carly Simon because she brings to mind Mick Jagger. (That’s a little weird. But they dated, and I can’t forget that romantic romp.) However, her song, “Anticipation,” describes my mood as I await the third manuscript from my formidable editor, who has been gallivanting around Ireland with her beau. But I’m not wasting a moment of our short summer, which is precious. Like life itself. 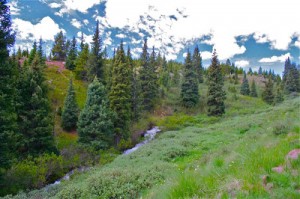 I hiked almost seven miles along a mountain ridge Saturday, starting above 10,000 feet. The cinquefoils (the yellow flower in the banner photo), lupines, and mountain parsley are exploding. The views were breathtaking—although the climb might have been the culprit.

I’ll fly fish one of our great mountain rivers on Friday, and another next week. Runoff has been formidable because of heavy May snow. Rivers rage and creeks rush, delighting rafters and frustrating anglers because heavy waters obscure the wily trout’s vision to the point that it can’t see a fly. (Bummer.)

I’m attending two concerts before Sunday, as well as celebrating the Fourth of July with family. Perched under my umbrella for shade, I’ll watch the parade through town: little kids on decorated bicycles and big kids on decorated motorcycles; bands, floats, clowns, and costumed dogs; promenading rodeo queens. (Yee-haw!) 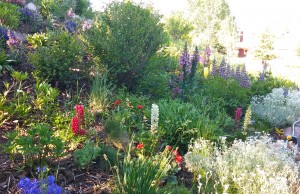 And the garden. On, my garden. It’s amazing, thanks to that May precipitation. I haven’t seen a doe in two weeks, which means they are birthing fawns. I expect the yard to be covered in hungry spotted creatures in days, and I’m drowning valuable plants in DeerOff. (Our wet May means the meadows are green, so they may feast elsewhere. Thank you.)

A rabbit has dug a burrow in the lavender border beneath the utility room window. Rambunctious bunnies should cavort soon, easily traceable by wiggling tall grass and piles of petals at the base of stems. (They, too, can dine elsewhere, since DeerOff repels rabbits.) 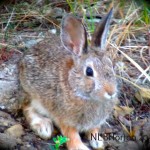 All these activities, for reasons unrelated to literary syntax, return me to the third book, which I’m eager to polish. I’m absolutely thrilled about it. My middle-aged female protagonist, archaeologist Grace Madison, is alone in hostile territory, battling far more than fawns and bunnies and Mick Jagger. I’ve shared little about this book so far, but it’s a personal journey of understanding. And growth—something I hope I never stop doing.

Growth: the stuff of summer here. And, I hope, the story of my life.