And then there’s Little Gem. 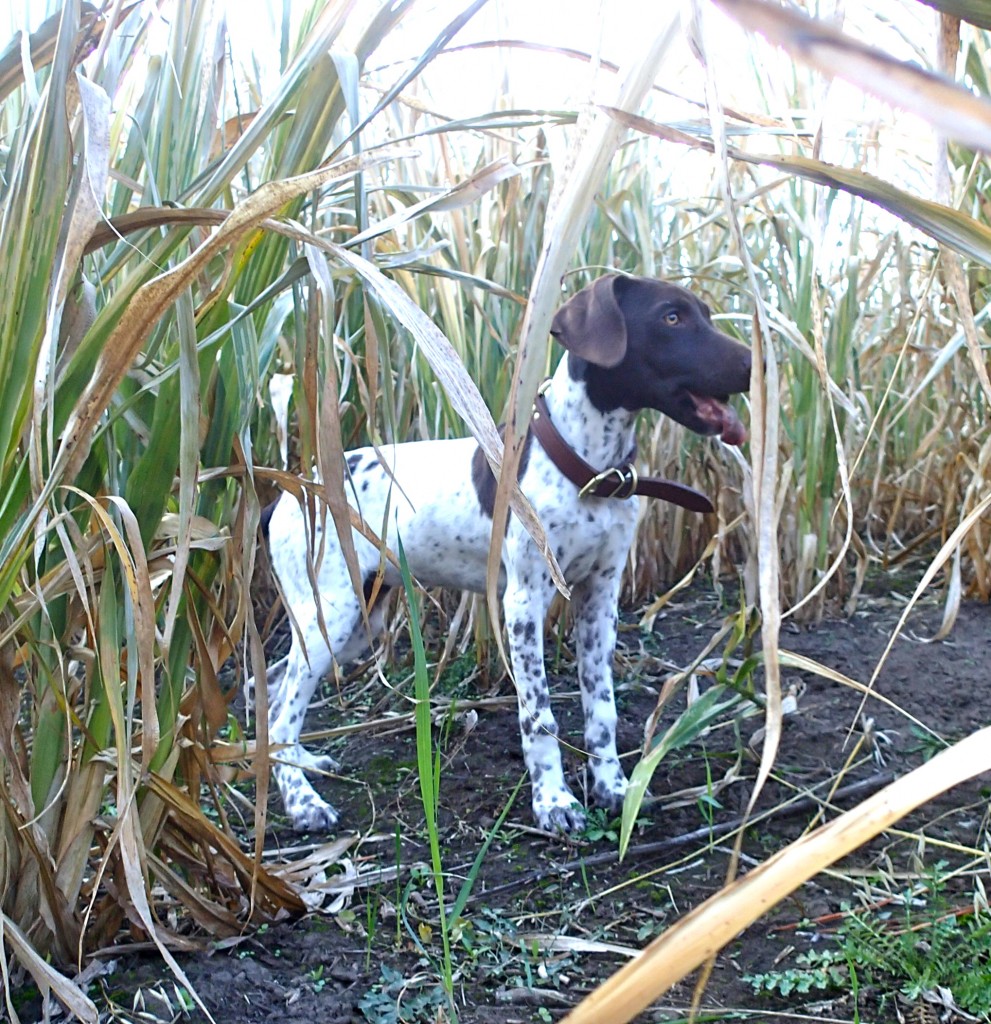 Little Gem in the maze field.

A five-month-old German Shorthair of impeccable lineage, she’ll be a fine birder. I know this because the day before our sashay with Little Gem, her mom, Mira, led us to (and retrieved) two-dozen-plus fowl. We encouraged our guide, Andrea, to bring Little Gem into the field for a first exposure to upland game birds, and Andrea wisely put a long rope on the pup in case she went AWOL — or worse yet, prematurely flushed a wily chukar, pheasant, hun, or grouse that could grace our table this winter. 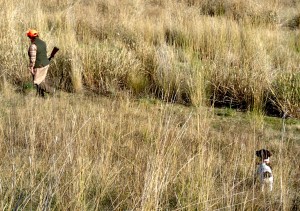 Little Gem focused on mimicking the other dogs’ behavior, zigging and zagging in ever-narrowing cones. She sometimes paused, looking for advice from Andrea, who raised Little Gem until the pup graduated to the ranch kennel. Short legs worked twice as hard to penetrate maze and grass, and bound up hills. We were mindful that shaking stalks indicated a puppy’s awakening to her potential.

Late in the day, Little Gem went on a shaky point, which we laughed off while praising her. Then Mira pointed at the spot, affirming her child’s conviction that something winged was hiding there. The grouse that lumbered from tall grass was Little Gem’s first birding victory.

Watching the pup reminded me of child-rearing. Excitement, effort, guidance, discipline, and encouragement create productive, functioning humans. Those parameters also yield fine bird dogs. My prayer of thanksgiving for two grown kids was heartfelt as I unzipped my hunting vest to massage a slightly bruised shooting shoulder while cutting toward the truck. Yards from putting away shotguns and kenneling dogs for the bumpy ride to the ranch house, a rooster pheasant rose in a short flight.

The retrieve was a final act in Little Gem’s brilliant opening performance.