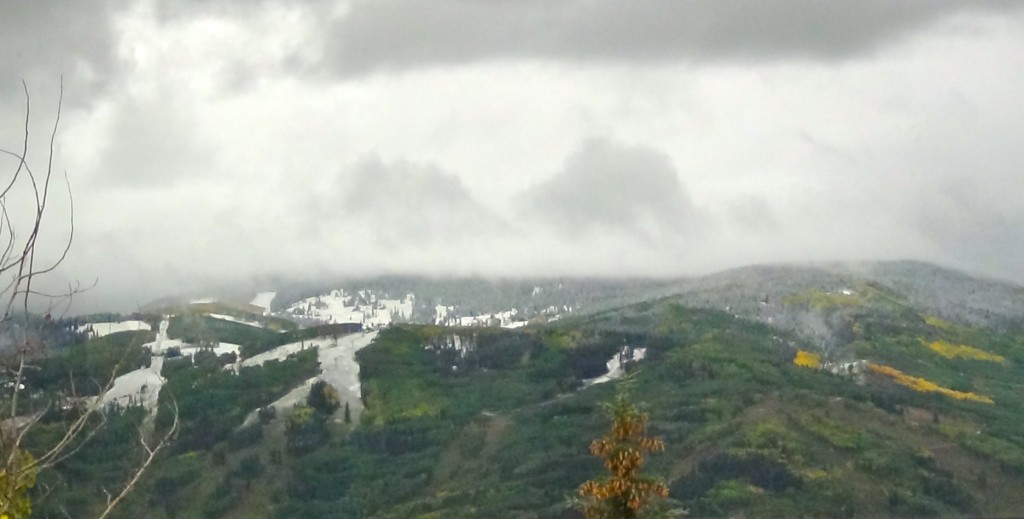 This is proof, again, that God has a sense of humor.)

When you live in the High Country, some things come hard. Watching a four-foot snow storm. Sitting on the wrong side of snow-closed passes in May. Wrestling a cranky snowblower after a two-foot dump during a snowy all-nighter. (Notice a trend?) 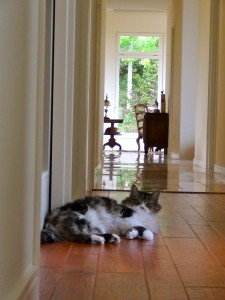 So when Ranchman the Superhero called one morning last week while running errands, informing me that peaks above the pass were covered with “powdered sugar,” I knew the end was near. (“Powdered sugar” is a pre-October term for the S-word, snow.)

I’d turned on the in-floor heat the night before because lows were supposed to be in the thirties. The cat, a refugee from our daughter’s “college experience” — whatever that is, because as an engineering student, all she does is try to pass — was testing warm spots that morning, trying to remember where they were as winter approached. Clouds hugged the valley floor and narrow chasm my office overlooks. 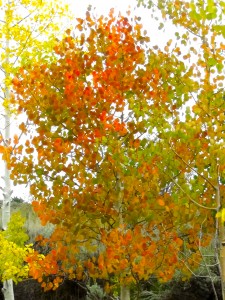 burst of  pumpkin and marigold.

Cedar waxwings, perky birds that migrate through twice a year, flocked in the meadow consuming serviceberries and snowberries at a manic rate, trying to beat the bears to autumn’s deliciousness. Bears, meanwhile, enjoy a 30,000-calorie-a-day diet preparing to hibernate, and we avoid getting between the beasts and anything edible.

Two mornings ago, wood smoke from someone’s fireplace awakened me. As I fly fished a mighty river last week, I rounded bends enticed by the sweet scent of fall foliage. And the slow cooker, hunkered in the pantry corner since March, produced some of the meatiest short ribs ever while filling the house with the welcoming aroma of braised beef — a winter feast for us.

I welcome the change, even if it always seems to come too soon.