(The ninth post in a series that summarizes an entire semester of Journalism 101.) 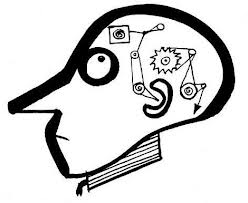 I’m going to branch out from a novel’s physical location to talk about the psychological setting. This topic deals primarily with your protagnoist and antagonist, and I think it’s important. How your characters became who they are creates a landscape that enables a reader to relate to your novel, leading to believable characters. And your characters’ mindset in each scene is a powerful tool for keeping a reader engaged.

The Past.    We’re all products of our past. Poverty, broken hearts, and opression—or education, opportunities, and success. (More realistically, mix up those influences a little.) Each becomes baggage or momentum that we carry to one degree or another for the rest of our lives. Our characters are no different. Share a little of your characters’ past with your readers. Enable them to understand why your characters are who they are. I have one villian who resents mistreatment from his childhood after immigrating to the newly formed State of Israel. I only mention his issues in a couple of sentences, but knowing about this period of his life provides a window into the reasons he makes bad choices.

The Present.    Sometimes one of the most interesting ways to convey a character’s mindset is to 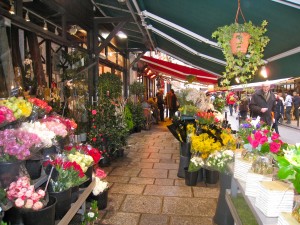 have them relate to their location. If my heroine blows past a florist’s display tumbling onto the cobbles in Paris and doesn’t slow down to “smell the roses,” then she’s pre-occupied, angry, or dealing with something catastrophic. But I don’t tell the reader about any of those emotions. I show them via her disinterest in one of her favorite things—flowers.

The Future.     Hope springs eternal. (You know that or you wouldn’t be writing a manuscript.) Foreshadowing how your characters anticipate where the story is going—or where they think it’s going—teases your reader through the story. Hope, despair, plans, longing…emotions are building blocks for the human condition and create a mindset your reader wants to understand. Quite a few of my heroine’s assumptions about the future are wrong, but we see her intelligence and humanity with each erroneous assumption. Dig deeply.

Of course, to provide a psychological landscape for your characters, you have to know them at least as well as you know yourself. To that end, here are few good resources to get you started: http://bit.ly/DfRlt, http://bit.ly/fLblr, http://bit.ly/Vnmpw.

Do you have any favorite tools for exploring the psychological landscape of your characters?