I’ve tried NOT to write this blog for a week, but I have to do it. Before I launch, let’s address some facts confirmed by Egyptian government and international media sources, including The Washington Post (http://wapo.st/hvQ55D).

What’s wrong with this picture? Everything.

This is about rights. Simple ones. The right to walk a street. The right to celebrate a victory for humankind. The right to personal safety. The right to be female. The right to a career. (Three Western reporters have been publicly assaulted since Arab Spring “blossomed.”) On a related note, the first “non-white”—The London Telegraph’s term, not mine—Anglican Bishop, Michael Nazir-Ali, says (http://bit.ly/12PLL2I) what’s needed isn’t majority rule, but a Bill of Rights. I pray it covers women, and not just men, and is strictly and heinously enforceable. 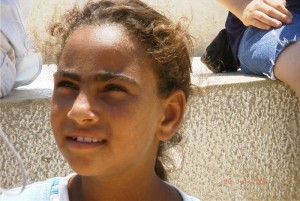 THESE ARE MY RIGHTS—and yours. MY daughter and granddaughter’s. YOUR sister and sister-in-law’s. OUR mother’s. This is not about Muslims, Christians, Jews, or any other religion: rapes are crimes committed by people practicing all beliefs. This is about the gift of being fully HUMAN.

As we pat ourselves on the back about the success of a military overthrow, ask yourself if it’s going to truly make a difference if animals celebrating in Tahrir Square aren’t any better than the Brotherhood they’ve ousted. This region isn’t a poster child for human rights, most particularly if one lacks the Y chromosome. As of now, the military, Morsi’s government, and a percentage of male Egyptians look identical, are equally disgusting, and alarming as hell.

But the patriarchal West looks more kindly on a government that spews placating rhetoric than it did on the most-recent one destined to topple the region. As for me and mine, Egypt remains a “no-go zone” until the two-legged animals are secured in the Giza Zoo. I believe in voting with my dollars, which won’t be spent in Egypt.

It’s time for Egyptians to protect their women, and salvage their international reputation while they still can.