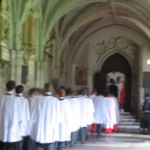 “The problem is the monopolisation of power among old men who are unwilling to change any aspect of religion or matter of faith. Indeed, it’s the absence of women from all decisive and leadership roles that sets up the antiquated Vatican and other organised religions against progress.” (http://aje.me/139tvPW)

The quote is from al Jazeera, the Arabic news service in Qatar, Monday, May 27. Aside from the fact I think this quote can also apply to American politics, and respect the author for having the courage to submit the article in an Islamic region and country, I have to ask some questions about the presence of this opinion in the world’s leading Arabic news source. 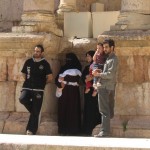 women? Aren’t women’s rights most limited in the Middle East? (Although if India doesn’t get it’s men under control by brutally punishing rape, it’s tying for top spot in my book.)

Al Jazeera isn’t wrong about the Catholic Church. But this editorial, condemning another religion while representing poster children for egregious discrimination against women (the Middle East and Islam) is disingenuous at best. It’s also totally offensive, as if the writer doesn’t realize the Western world is aware of Islam’s highly discriminatory policies—fully backed by husbands, fathers, brothers, and male-run governments in Islamic states. There’s a cliche here in the States: the pot calling the kettle black. It applies here.

I didn’t know whether to laugh or cry when I read the editorial. But I decided instead to exercise my rights, and blog. Pass the tissue to someone not busy promoting every human’s value, and right to contribute to society to the degree their God-given gifts allow—regardless of the god in which they believe.