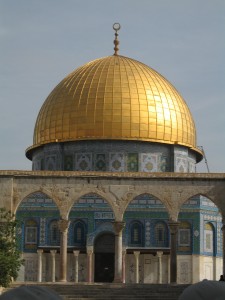 I’m going back. Next March, after a too-short stop in Rome for manuscript two, I’ll be in Israel again for several weeks. Although manuscript one, partially set in Israel and Jordan, is complete, I need a larger photographic record for promotions. (That’s the official reason for the trip, anyway.)

The real reason is I knew I’d return the moment our plane’s wheels last left the tarmac at Ben Gurion Airport in Tel Aviv. It happens every time.

It’s been too long since I’ve marveled at Jerusalem’s ancient, pale limestone steps worn several inches shallow in the center by millions of footsteps over millennia. Stood atop the staircase at the end of Bab el-Silsileh Road gawking across the plaza at the Temple Mount, Al-Aqsa Mosque’s gold dome seizing my breath. Peered at the stump of Robinson’s Arch protruding from the southern Mount wall, and imagined the stoa (covered walkway connecting the city to the Mount in Herod’s time) once leaping from there. Worked the Mazar dig near Hezekiah’s Tunnel and the Silwan. I remember every spot clearly and precisely.

But the trip isn’t just about Jerusalem. Ceasarea, with wonderful submerged ruins, and Megiddo, where nations will gather at Armageddon, are on the docket. The Cliffs of Arbel, which I bravely (and loudly) descended above the Sea of Galilee; Jericho, which my heroine and her daughter diss en route under duress; and excavations in northern Israel, figuring in manuscript one. 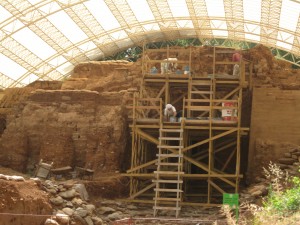 Masada, which I’ll ascend in a cable car, instead of reliving the cardiac-arrest-inducing footpath climb; Ein Gedi, where my characters re-esstablish relationships; and Qumran, where father and son finally realize differences can be strengths; and similarities, surprises.

I’ll photograph and write throughout this journey, hopefully posting when internet access is strong. Please begin praying now for safety and clarity. With luck and grace, I’ll keep my thumb from the lens, and my head down. La cheim! (To life!).