My characters are an odd lot—archaeologists, MI6 agents, elderly theologians. Each demographic has a unique voice. As a writer, I need to ensure my twenty-something spy dude doesn’t sound like my eighty-something holy man. How? 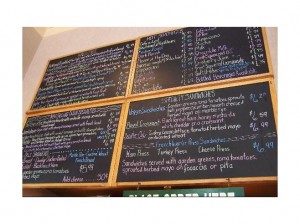 I live in a valley of young people, so I swung by the local coffee shop last week just to listen. I didn’t hear one complete sentence, learned a few words that won’t appear in print (at least not MY print), and discovered speech patterns resembling a chopped salad. Rule number one: LISTEN CAREFULLY TO YOUR TARGET DEMOGRAPHIC TALK.

I noticed they spoke in code, shared inside jokes, and acted like an exclusive club. They didn’t explain themselves fully because they knew what each other was talking about without going on ad nauseam, which brings me to rule number two: DON’T DUMP INFORMATION. BE CRISP.

They discussed “shredding” a hill, “bombing,” and the “zipper line,” (which are skiing really well, barrelling down a slope without regard for others’ safety, and the straightest shot down a mogul run). In other words, they spoke their own language. So rule number four? USE APPROPRIATE SLANG. (Please note I calmly cross-country ski.) 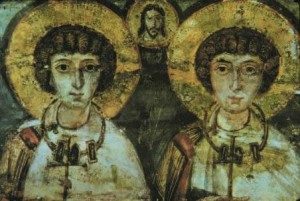 Realizing my elderly theologians would think shredding was something you did to paper, bombing was an unfriendly act of war, and the zipper line was what you remembered to pull up before you left the men’s room, I turned my attention to their dialogue—by listening to sermon videos on seminary websites.

A bunch of octogenarians in prayer don’t talk, so it’s unnecessary to tell my reader about their silence in this context, for example. However, when this group speaks, they mention things like Ugaritic, pneuma, trinitarianism, homologumena (hint: all the books recognized as holy scripture), or hypostatic union (Christ’s being fully human and fully divine). Even in dialogue, I need to provide a natural explanation of unusual words either directly or contexturally. Rule number four? DON’T OVERSHOOT YOUR MARKET.

Lastly, these dialogue tips have to be properly formatted, tied clearly to the appropriate speakers, and move my story along. I’m embarking on the last major edit of manuscript two, and will watch especially for dialogue mistakes after my spy-dude-versus-holy-man focus group. If I’m careful, my reader’s exegesis (draw out the true meaning of my text) will increase their enjoyment of my work, and they’ll think think I am woven (awesome), increasing sales.