When I read about destruction of most of Syria’s cultural monuments, including six World Heritage Sites, I think of Hitler. The story goes he spared Paris from war’s destruction so it could become a “jewel in the Nazi crown.”

Somebody needs to share this thinking with the Syrians, fighting a war in which both sides bomb without regard for human life, much less history.

“War is good for us…we buy antiquities cheap, and then sell weapons expensively. The rebels need weapons, and antiquities are an easy way to buy them,” says a smuggler profiting from an association of diggers dedicated to fencing loot to fund the revolution against President Bashar Assad. (http://ti.me/PbFM0m) With two dozen heritage museums, hundreds of archaeological sites, and a countrywide self-preservation mindset, the pickings are ample. Has it never occurred to these guys that antiquities aren’t infinite? When they run out, then what?

So what have we lost? I write “we” because Syria is the cradle of civilization, a four-thousand year old gem of Biblical and Islamic sites, Roman cities, and Crusader castles, as well as the oldest continuously inhabited city in the world: Damascus. If we are truly “global,” someone should be asking what Syrians are going to do when bombing stops. The country’s oil reserves are dwindling, and there’s no market for desert sand. 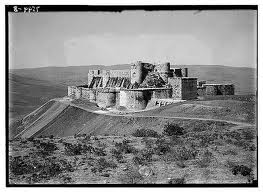 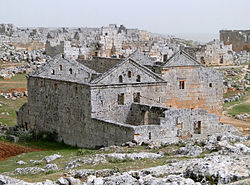 Dead cities of Syria, hit by missiles, tanks, and gunfire

Isn’t tourism the country’s only option? They’re literally burning that industry to the ground. I wonder what’s going to be left to rule when there are no more civilians to kill, and history has been obliterated.