It’s early fall in the High Country, that brief season before temperatures plummet, and the land settles into quiet repose. Everything and everyone seem knows what’s ahead. 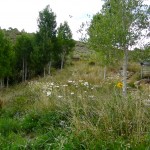 Ranchman the Superhero mowed the upper meadow today, disbursing seeds from flowers and grasses that graced our view for three months. The before (left) and after (right) photos testify to this summer’s heavy rain. Some of the wild (non-invasive) daisies were shoulder high before their haircut! The deer have loved it.

I walked to the front terrace after checking to enusre he left the straggler blooms, knowing his work on the grassier part of the property stirred things up. The first delights I found were two beautiful strawberries, perfectly ripe. Here they are, nestled in the monarda, ajuga, and wild asters. I thought of no reason to share them with the birds, ants, or chipmunks, so ate them still warm from wallowing in the sunshine. (I almost think the smell of these tiny fresh strawberries is better than their taste.) 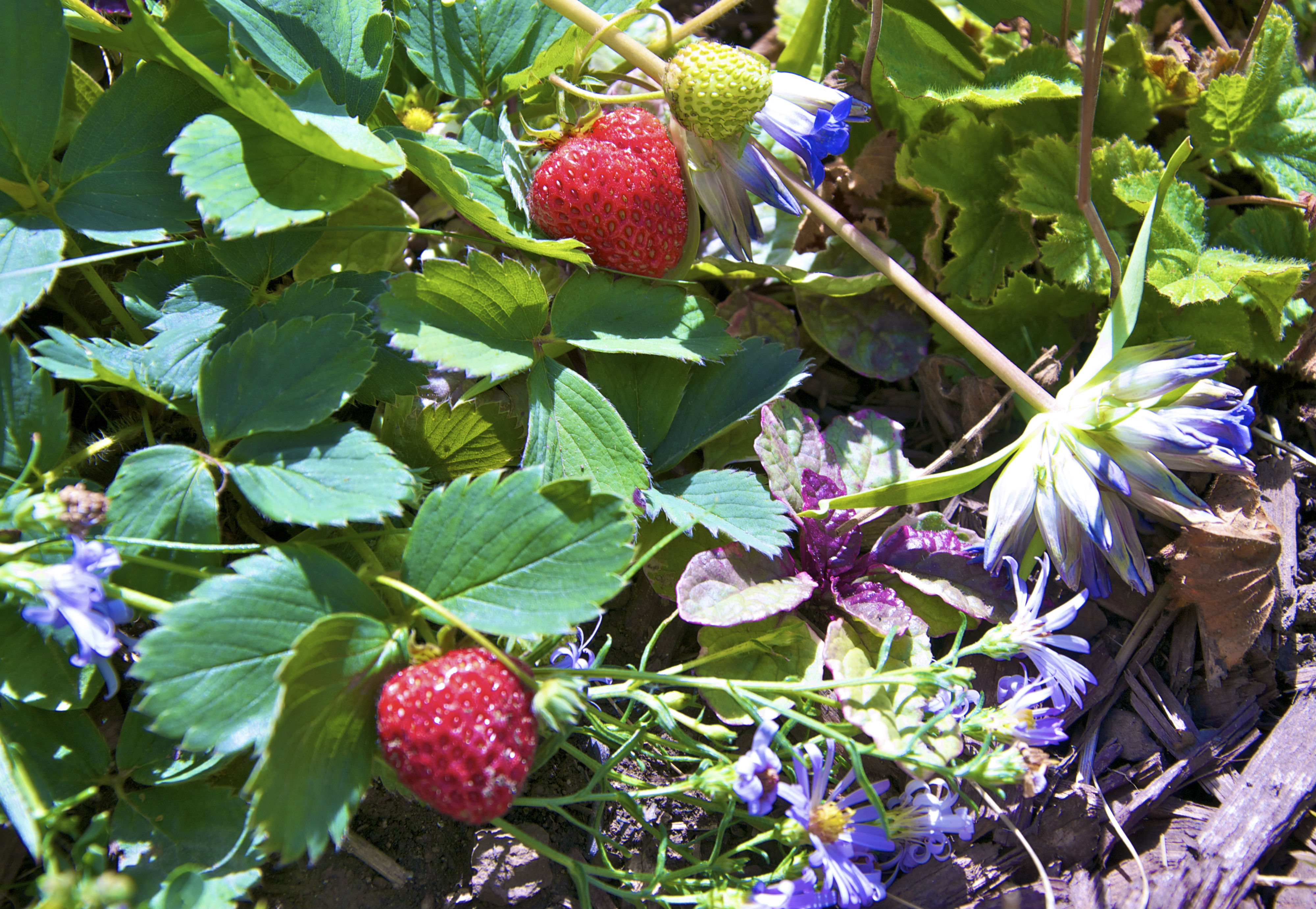 Then I moved toward the closest area with sedum, which I’ve planted almost everywhere because it’s resiliant and drought-tolerant. Ten feet away, I heard them—hundreds of honeybees working vigorously to collect pollen. Around these parts, beekeepers take hives high into the mountain valleys, letting their bees fly freely all summer. We have had SO MANY bees this year, I suspect a brave man or woman planted apiaries over the ridge.

As I think about the winter to come, I’m content knowing my garden has grown madly and been  deeply watered almost every afternoon (and evening) for two months. (The sprinkler has been off since early June.) I look forward to the first crocus and wild iris in late April, followed by the 800-plus daffodils in May that fill the glade.

“There is a time for everything, and a season for every activity under the heavens.” Ecclesiastes 3:1

I’ve written a lot of posts on writing lately. That’s fine and good because I am a writer. One who’s been working to build her public platform because professionals more experienced in publishing tell her she needs to. This six-month foray into blogs about writing has been frutiful, and I send a HUGE “thank you” to 45,000 followers here, on YouTube, Pinterest, Facebook, and Twitter. You guys, from twenty-six countries, are the best.

But I miss my first love. So starting next week, Tuesday’s blog will be about writing, and Friday’s 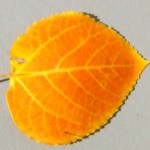 about something dear to my heart: theology, archaeology, women’s or children’s issues, or maybe just the changing seasons surrouding my perch. I miss sharing this richness with you, and private comments from you to me indicate you feel the same way.

So let me start with the leaf. It’s the first orange aspen leaf I’ve seen this year—and won’t be the last. The tops of the mountains are looking sleepy and golden with grasses dying back for the hard months ahead. I am invigorated by the change, although summer seemed short this year. 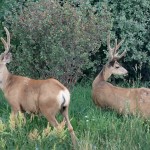 The bucks are still hanging out together, in velvet they’ll scrape off in the next few weeks to prepare for the rut. The bears are consuming 30,000 calories a day preparing to hibernate. A huge flock of Cedar Waxwings tore through the serviceberries early this week, picking them clean of the smallblack fruit for which the bushes are named. Little spotted fawns are getting bigger and fiestier, building their strength to face their first winter in the mountains. 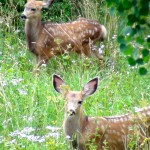 I’ll be baking Christmas biscotti in a month or two (watch for THAT recipe, the only one I posted last year). I’ll soon take my cross-country skis to be waxed, anticipating the opening of the course right after the first heavy snow sometime in December. And by the middle of next month, snow tires will replace the regular tires on my Toyota. 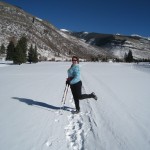 So hang around, and enjoy winter with me here in the High Country, way atop the Rocky Mountains. I’d love your company, and your comments, as we sashay through the snow together.[subscribe2]

(This post closes the series that summarizes an entire semester of Journalism 101.)

This series’ closing post is about why successful authors write. I hope you find these quotes encouraging, and you can relate to at least one of them, happy in the knowledge that you are not alone in your motivation. 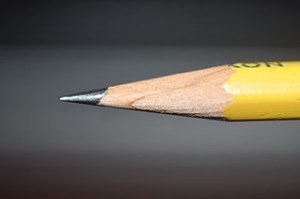 Sara Gruen (Water For Elephants)     “I would write even if I couldn’t make a living at it, because I can’t not write. I am amazed and delighted and still in a state of shock about the success of ‘Water For Elephants,’ but that’s not why I write. I do it for love. The rest is gravy.”

Sebastian Junger (The Perfect Storm)     “When I write a sentence of a paragraph or a chapter that’s good, I know it, and I know people are going to read it. That knowledge — Oh my God, I’m doing it, I’m doing this thing that works — it’s just exhilarating. Lots of times I fail at it. . . . But when it’s good . . . it’s like going on a date that’s going well. There’s an electricity to the process that’s exciting and incomparable to anything else.”

Armistead Maupin (Tales of the City)     “Sometimes I write to explain myself to others. Thirty-four years ago I told my folks I was gay through the ‘Tales of the City’ character Michael Tolliver. . . . When Michael came out in a letter to his parents, my own parents were the ones who got the message.”

Terry McMillan (Waiting To Exhale)     “I jump up in the morning. I can’t wait to go see what my characters are going to do today. I get wired up. When my character falls in love, I’m in love. When somebody’s heart is broken, or feels jubilation, I feel all of that.”

Rick Moody (The Ice Storm)     “I always sort of thought I’d be a failure. I still sort of think I might be a failure. So just having a book out in the world makes me very happy. I didn’t much think, at first, about whether it was going to sell a lot of copies.”

So whether you’re afraid of failure, or in love with love, write on, my friends.

(quotes from Why We Write: 20 Acclaimed Authors on How and Why They Do What They Do, by Meredith Maran)[subscribe2]

(This post is next-to-last in a series that summarizes an entire semester of Journalism 101.)

There are dozens of reasons someone stops reading a book, but the saddest is when there’s just no point in continuing. The story isn’t compelling enough. Or doesn’t make sense. The sentences don’t flow to connect thoughts. The paragraphs jump. The chapters don’t build one after the other. 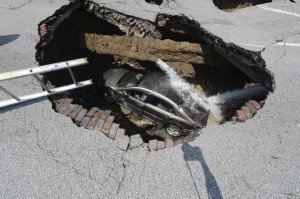 As an author, I know my storylines so well that I sometimes leave gaps that become sinkholes into which readers fall. And the road to reader rejection is paved with good intentions—and sometimes, good writing. To stay on course, I use two tools that take me beyond what I intend to write so I can discover what I’ve actually written.

The Crowd with Healthy Distance.

An editor (or two). Beta readers. A writing group. A 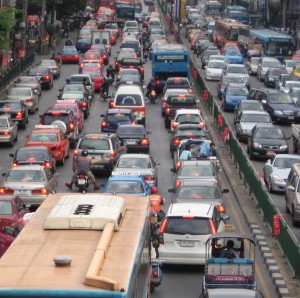 mentor. Even your mom. Or a combination of all of the preceding. I just asked a reader to tell me where chapters became sluggish and where she was tempted to skip. In every instance (thankfully, there were few), something bogged my logic flow and, as a result, my writing. Once I figured out the problems, the passages became smooth, and the reader barrelled through them.

You’ll probably find, as I have, that everyone picks up on something different. My healthy-distance crowd ranges from their twenties to their eighties to ensure I miss little.

Read it Aloud.     If there’s an author test for insanity, it’s locking yourself in your office to read your manuscript out loud to yourself. But you’ll be amazed—AMAZED—what you discover. Not only will you hear dialogue problems, but you’ll find passages that are hard to read aloud. Pay attention to these. They indicate issues with copy—where it doesn’t flow well or something’s missing. As much as I think I need to be committed every time I do this, it’s one of my most important tools as I approach what I believe to be the end of the editing process.

How do you deal with your manuscript’s “whys?”