Summer is finally in full swing on my mountaintop, and we’re squeezing every ray of sunshine from every beautiful day. Fishing and hiking, golfing and gardening fill the calendar as my literary agent shops the first book in my latest mystery series.

And although epic days are normal here this time of year, and this summer—with late snows and heavy rains, without wildfires polluting our air—is magnificent,  today I did something extraordinary.

Before you yawn and think of a checkout line, I’m not talking about walking supermarket aisles looking for shrink-wrapped boxes of Baby Bellas. I’m talking about driving to the top of the pass—roughly 11,000 feet in altitude—wearing a sun hat, raingear and sturdy, waterproof boots to search for morels, boletus (porcini), hawk wing, and a mysterious little pink mushroom that smells like shrimp. (I looked for other fungi, too, but the names never stick. Maybe next year.)

I have a healthy respect for anything that can hurt me—the bears and cougars living in the valley snaking beneath my office window come to mind—even though I’ve waded out of nearly waist-deep African rivers swollen by the Big Rains and caught piranhas from the Amazon. And I live in the

Rockies, where “magic mushrooms” are hallucinogenic, so have observed the “fungi-weird.” So choosing life and lucidity, I harnessed my risk-averse personality and ‘shroomed with a mycologist. That’s your first lesson in mushrooming: Always go with someone who can tell you which fungi are deadly—because several mushrooms will kill you, or make you so sick that you might wish you were dead.

Searching for these gems, some just barely erupting through a pine-and-spruce-needle carpet, was a giant Easter egg hunt for chefs. I had a blast scrambling through the forest, grasping my (sheathed) knife in my gloved hand, looking for disturbances or discrepancies in the dark organic matter covering an earth that thirty feet of snow will blanket in six months.

As the mycologist explained the relationship between spruce trees and porcinis, and all about mycelium—a white webbing that is earth’s biggest living organism and a fungi superhighway—I thought of the tightly entwined and ever-expanding network of relationships in nature, and about the diversity of wildflowers, mushrooms, and birds.

Then I stumbled (yes, literally almost fell on it) across the most beautiful mushroom of the day.  The Aminita is a red marvel with white dots—and also deadly. As my late mother would say, “Beauty is only skin deep.”

I guess that her  words of Southern wisdom apply to fungi as well as humans, although I do hope that you’re having a beautiful summer and enjoying the great outdoors.

If 2018 was a year marked by change—new literary agent, genre shift—then 2019 is proving to be a year of hitting my stride again. I’ve been working on two series, one a domestic thriller and the other domestic suspense. Our winter seemed to last forever (with snow in late June, the latest on record in ninety years), so it’s been easy to stay glued to the computer instead of gardening, fly-fishing, golfing, hiking or riding my e-bike (named Penelope).

Aside from the editing (I love edits) involved in producing a manuscript, I’m also taking a hard look at my seven-book backlist, preparing to adapt some of the work for general market.

To feed these creative urges, I’ve traveled. My youngest graduated with her masters and law degree, and we spent a couple of weeks in Europe to celebrate. She and I will compete in a fishing tournament in late August, stalking sea-run salmon and halibut between the Kenai Peninsula and the Haida Gwaii Islands. We’ve each won this tournament, and have been planning to return for a decade. Now that she doesn’t have to start classes in August, we’re heading for the smackdown!

In November I’ll be in the Middle East, primarily Israel and Jordan, possibly Egypt. I look forward to returning to the region, climbing in and out of archaeological digs, absorbing the sounds and sights and flavors of one of my favorite parts of the world. The trip is related to my writing, but it’s too soon to share more. 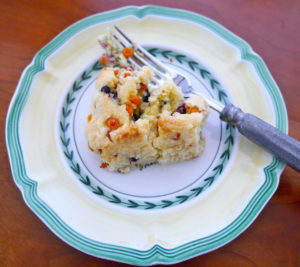 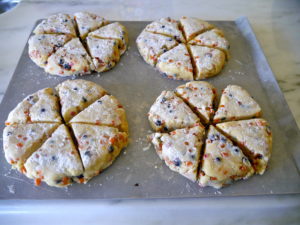 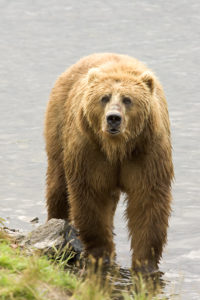 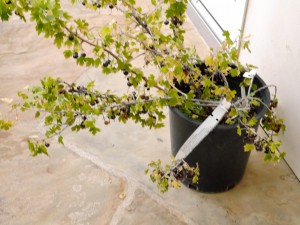 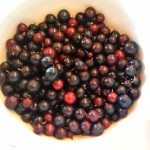 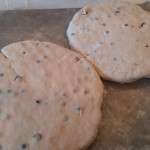